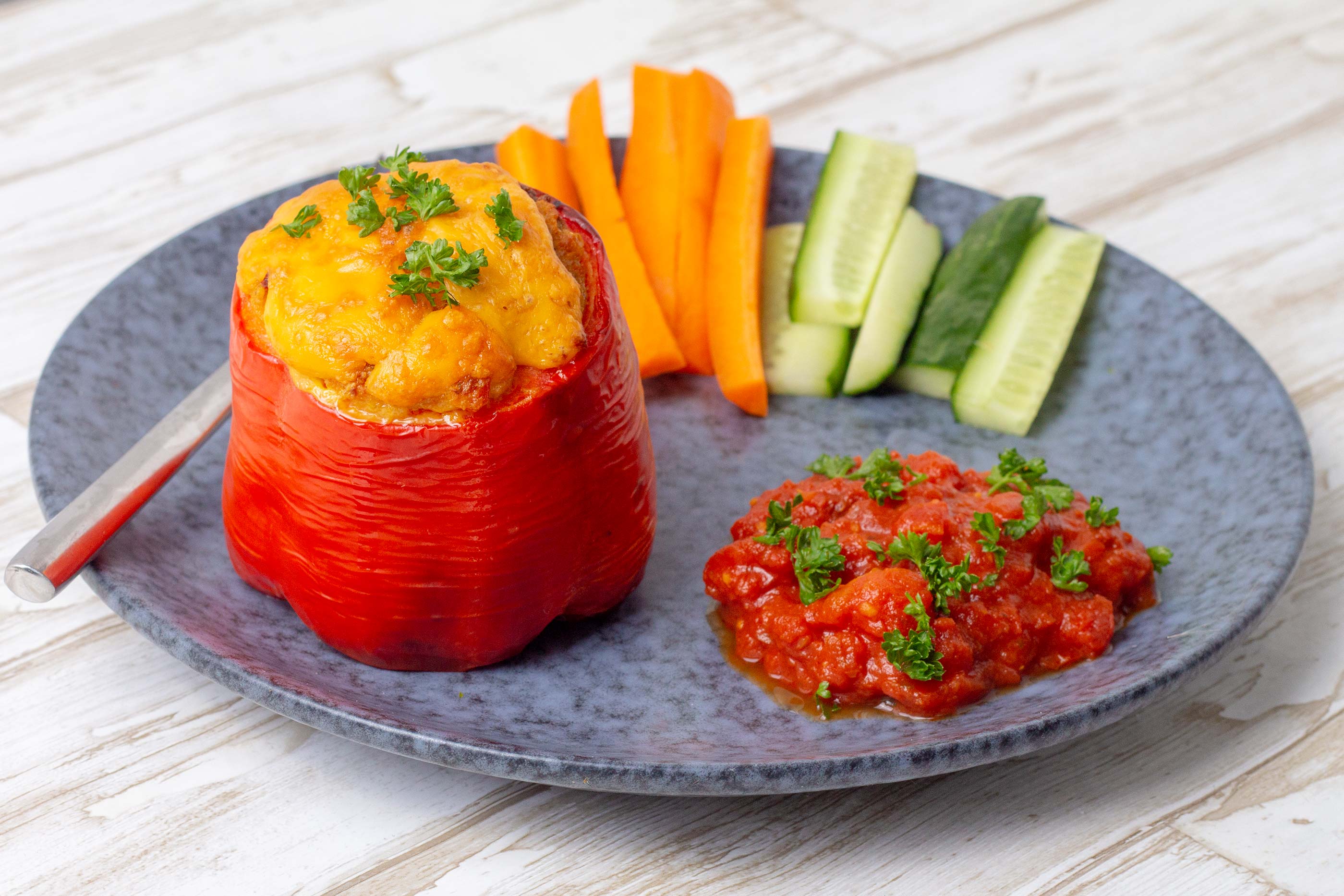 1. Preheat your oven to 200 degrees convection and cook the couscous according to the packet - this takes 5-7 minutes.

3. Place peeled onion, garlic, the bottoms of the bell peppers, oregano and sundried tomatoes in a mini chopper and give the lot a whirl until finely chopped. Save a third of the chopped veg for later. Cook the rest in olive oil along with curry and beef mince, until the beef is seared well.

4. Now mix beef, couscous, milk, egg and salt. Place the stuffing in the bell peppers and place a slice of cheese on top. Place the peppers in a baking tray and ovenbake for approx. 20 minutes, until the cheese is golden.

5. Cook the rest of the chopped veggies in a bit of olive oil. Add chopped tomatoes and crumbled vegetable stock cube and let the lot simmer with the lid on, while the bell peppers cosy up in the oven. Season to taste with salt and pepper. Serve the stuffed bell peppers with tomato sauce, carrots and cucumber cut into sticks for snack veggies. Enjoy!