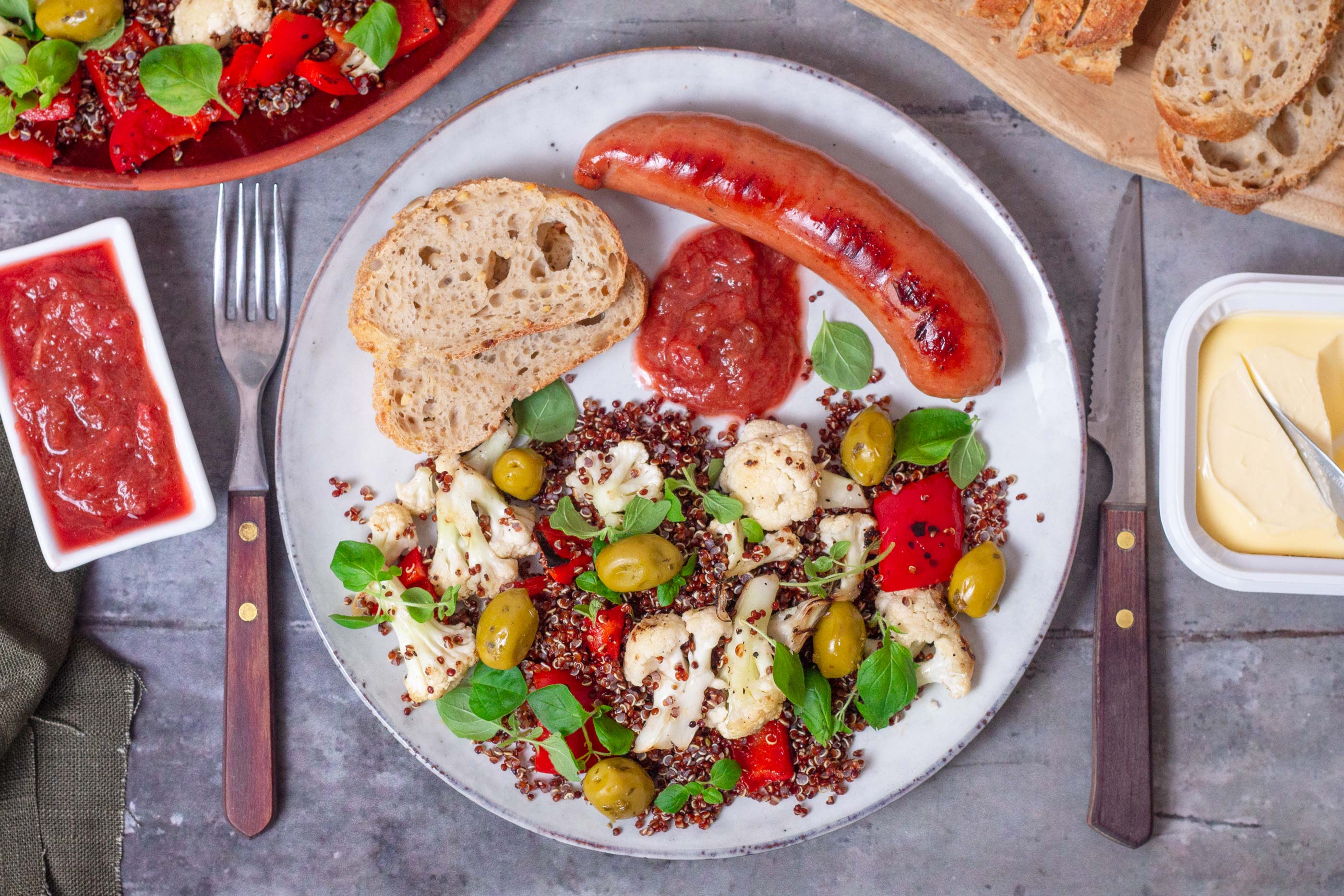 Finally, it's time for barbecue - if the weather gods are with us, that is! Today we're grilling classic grill sausages, which we're serving with quinoa salad with grilled cauliflower, bell pepper and olives. Enjoy!

1. Cook the quinoa according to the bag and leave it to rest with the lid on, while you prep the rest. You can also swap quinoa for bulgur, rice or couscous.

2. Clean and rinse the bell peppers and quarter them. Break up the cauliflower into smaller pieces. Brush both with some oil on both sides and pop on the barbecue, until soft and browned. Or bake in the oven at 220 degrees convection for 10-15 minutes. Let cool on a plate and set aside.

3. Give the sausages a go on the barbecue, or on a pan with some oil, until browned on both sides. You can poke little holes with a fork if you want to avoid them cracking and splitting. But hey! Grill sausages are allowed to be a bit rough around the edges!

4. Cut the grilled bell pepper and cauliflower into smaller chunks. Finely chop the basil leaves. Mix everything with quinoa, olives and some dressing of your choice. Season to taste with salt and pepper.

5. Warm the baguette on the barbecue or in the oven. Serve the sausages with quinoa salad, baguette, rhubarb compote, ketchup and the family's assorted favourite dips.

Tasks for kids in the kitchen: Let your kids help rinse and cut the bell pepper. They can also help break up the cauliflower into little florets.